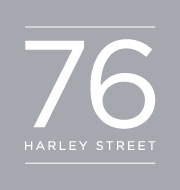 There have been several studies that have suggested a link between the development of periodontitis and osteoporosis in post-menopausal women. Until recently though, there has been no established connection between the treatments for the two conditions. Now a study published by the University of Buffalo has concluded that oestrogen therapy (typically prescribed for osteoporosis) has a positive effect on gum disease too.

The study, carried out in Brazil, focused on 356 post-menopausal women, over 50 and who had been diagnosed with osteoporosis. Out of the group, 113 volunteered to have oestrogen replacement therapy.

The results were compelling and clearly showed that the women who’d elected to take the treatment had significantly less gum disease, with much less gum bleeding and less space around the teeth due to bone loss than the remainder of the group. It is worth noting that there was also a positive connection between higher levels of income and frequency of dental appointments, factors which have already proven to be significant in the incidences of gum disease globally.

Co-author of the study, Frank Scannapieco, DMD, PhD says, “These results help confirm the findings of previous studies that suggested that oestrogen therapy to prevent osteoporosis could also play a role in the prevention of gum disease,”

The link between osteoporosis and gum disease prevention

The positive results of the treatment probably won’t come as a surprise to anyone who understands the two conditions. Osteoporosis is primarily caused by a lack of oestrogen post menopause and results in brittle weaker bones and periodontitis can see tooth loss and ultimately the destruction of the jaw bone.

It’s still only one study and further research is required before oestsrogen therapy can be generally prescribed as a treatment for periodontitis. As Scannapieco points out, hormone therapy can also have some unfortunate side effects including an increased risk of heart disease and breast cancer. It seems likely that further studies and clinical trials will be undertaken in the near future to establish the treatment as a viable prescription for post-menopausal periodontitis.

At 76 Harley Street, we have a specialist dentist team that deals with periodontitis and gum disease prevention. Call 020 7631 3276 to book a consultation.

What is enamel erosion and how to prevent it?